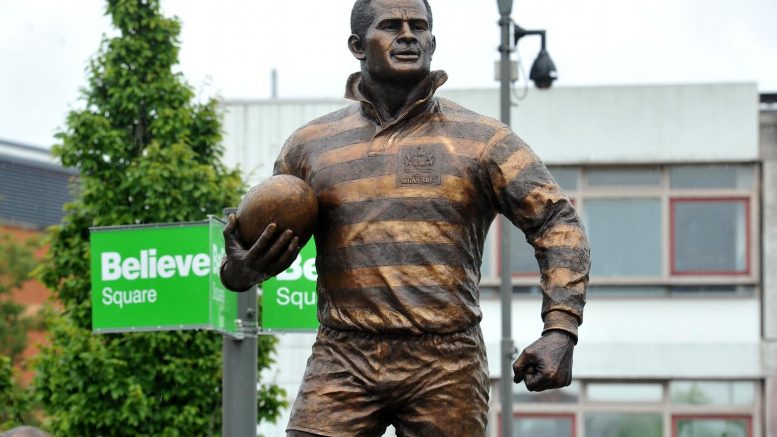 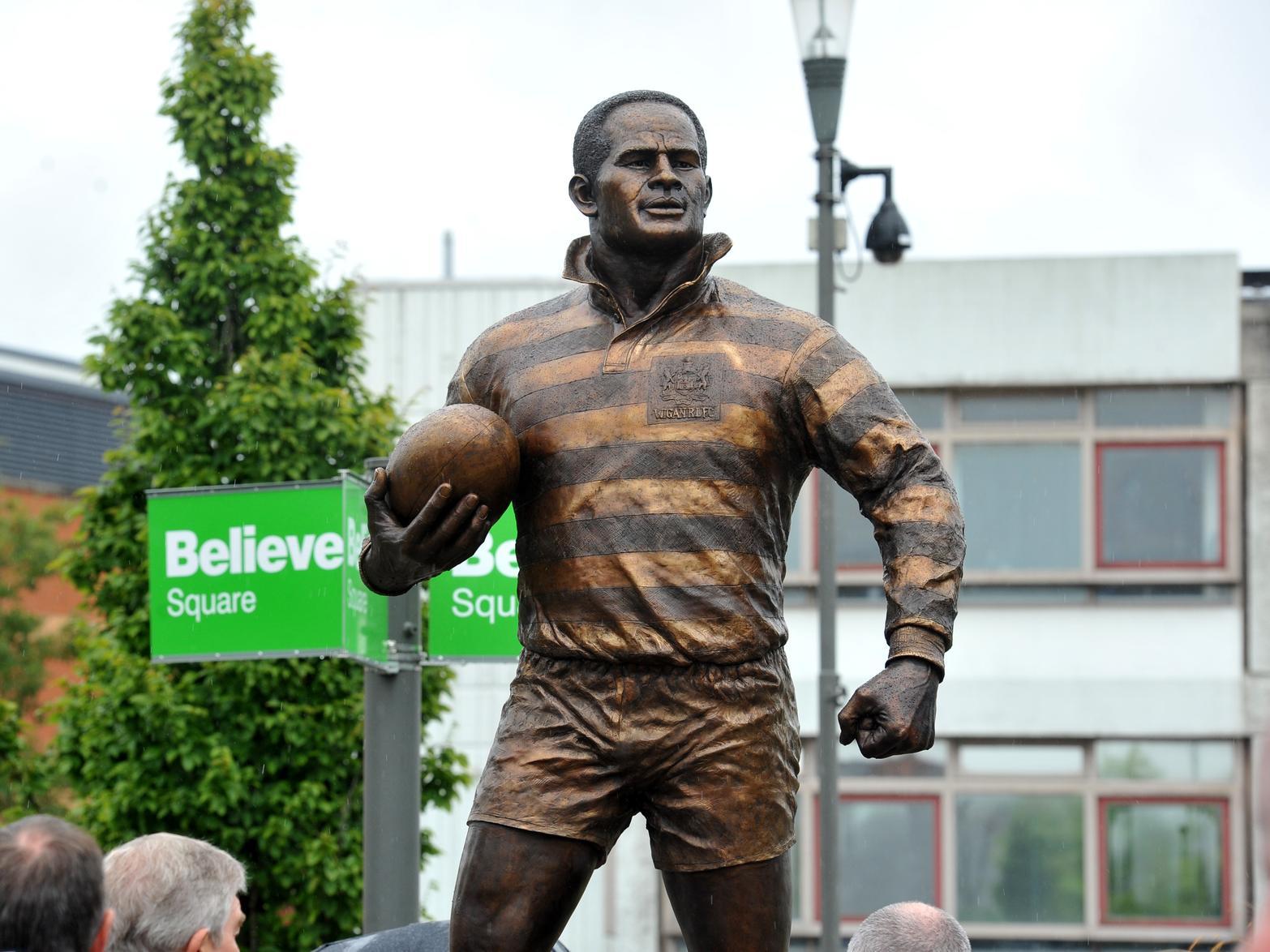 Some of Wales’ greatest rugby league players – including Wigan legend Billy Boston – could be immortalised in a permanent artwork designed to ensure their achievements receive permanent recognition.

‘One Team – One Race, Honouring the Cardiff Bay Rugby Codebreakers’ is being launched on Wednesday to mark Sporting Heritage Day.

The project will raise money to create three statues chosen from 13 players who grew up within a three-mile radius of Cardiff Bay, many of whom battled prejudice and racism before leaving Wales to find fame as rugby league stars in the north of England.

The list is headed by former Wigan winger Billy Boston, who became the first black player to play for the Great Britain Lions and scored a total of 571 tries in 562 matches, second only to Brian Bevan in rugby league history.

There are statues of Boston in Wigan and at Wembley but, up to now, his achievements have largely been ignored in his home city.

Businessman and philanthropist Sir Stanley Thomas OBE, who will chair the fund-raising committee, said: “Cardiff has never really done enough to recognise its sporting greats, especially in the Butetown community where so many superb rugby league players came from.

“I want to see this statue erected within two years. It is vital that players like Billy Boston, now 86, are able to see it completed within their lifetime.”

Giant images celebrating their achievements will be projected onto the walls of Cardiff Castle to signal the launch of the fundraising campaign and the start of a public vote.

The project has the full backing of Cardiff Council and it is hoped the artwork will go on permanent display in Cardiff Bay within two years.

Wales Rugby League chief executive Gareth Kear said: “To have a project like this, honouring so many of the greatest Welsh rugby league players of the past, is just monumental. It is a watershed moment for us.

“In the north of England they all talk about Tiger Bay and the great players who went up to play rugby league from Cardiff. We need to reflect on our rich past and use it as a signpost for the future.

“It is not just about erecting a statue, this is a project that has at its heart education, sporting excellence and social justice.”

Porsche worth £80,000 damaged as it crashes into front of Wigan business