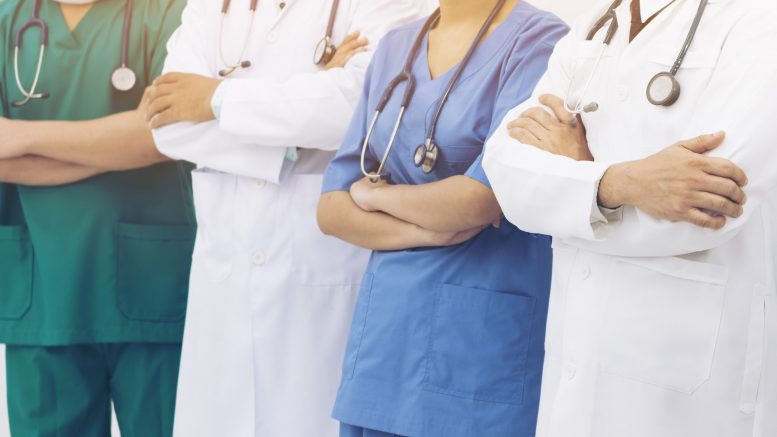 Some of the UK’s leading medical experts have asked the government to prepare for a second wave of coronavirus (Photo: Shutterstock)

Health leaders have appealed to the UK government to prepare for a second wave of coronavirus.

In an open letter, 16 medical experts urged UK leaders to bear in mind the likelihood of a second wave of the virus, and to be transparent with the public about what is being done to prepare for it.

The letter suggests a “constructive, non-partisan, four nations approach” when it comes to getting the entire UK ready for a further outbreak of Covid-19.

The message outlines a number of policy areas which the group feels need “rapid attention” from the government, including “parliamentary scrutiny”, “disproportionate burden on black, Asian, and minority ethnic individuals and communities”, and “international collaboration.”

The letter in full

“Several countries are now experiencing Covid-19 flare-ups. While the future shape of the pandemic in the UK is hard to predict, the available evidence indicates that local flare-ups are increasingly likely and a second wave a real risk. Many elements of the infrastructure needed to contain the virus are beginning to be put in place, but substantial challenges remain. The job now is not only to deal urgently with the wide ranging impacts of the first phase of the pandemic, but to ensure that the country is adequately prepared to contain a second phase.

“You may have seen the recent editorial in The BMJ calling for a transparent rapid review of where we are and what needs to be done to prevent and prepare for a second wave. We believe that such a review is crucial and needs to happen soon if the public is to have confidence that the virus can be contained.

“The review should not be about looking back or attributing blame. Rather it should be a rapid and forward looking assessment of national preparedness, based on an examination of the complex and inter-related policy areas listed below. These are too broad for any one of the existing select committees. That is why a cross party commission was suggested, establishing a constructive, non-partisan, four nations approach that could rapidly produce practical recommendations for action, based on what we have all learnt, and without itself becoming a distraction for those at the front line or in government.

“These recommendations should not require primary legislation or major organisational change. The approach would also help the public understand how and by whom they will be implemented. We believe this will be essential if the UK is to get ahead of the curve.

“We are aware of YouGov polls showing that a majority of the public now support an “inquiry.” We also know that the prime minister and secretary of state for health and social care have received a petition from the Covid-19 Bereaved Families for Justice group, requesting a full public inquiry. The group has also called for an urgent interim inquiry, which shares the same fundamental approach and objective as our suggested rapid review: that it should be forward looking, practical, responsive to what the public at large want to see happen, and focused on evaluating national preparedness in the lead up to winter, with the aim of saving lives.

“We are not wedded to any particular design of inquiry or review, but as outlined in the editorial, we believe it should be quick, broad, ambitious, able to command widespread public and stakeholder trust, and needs to happen now. It should focus on those areas of weakness where action is needed urgently to prevent further loss of life and restore the economy as fully and as quickly as possible. We believe the list below includes those areas.

“As stakeholders and leaders of the UK’s medical, nursing, and public health professions, we urge you to establish such a review. We think there’s a strong case for an immediate assessment of national preparedness, with the first results available no later than August, and that all its work should be completed by the end of October. We don’t underestimate the complexities of establishing this in the required timeframe. We stand by ready to help in whatever way we can.

Who signed the letter?

How to make friends in a hi-tech world