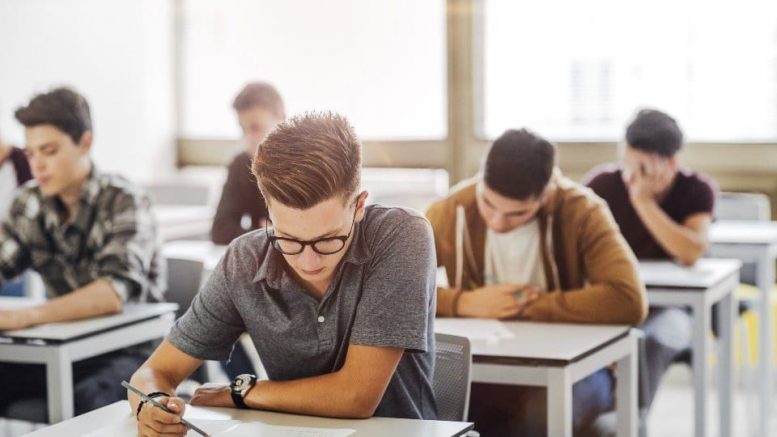 This year’s grades have been marked differently due to school closures caused by the pandemic. (Shuttertsock)

Headteachers and pupils alike have criticised the lack of student appeal rights for upcoming GCSE and A-Level exam grades, with one headmaster likening it to a ‘life sentence’.

Students in England are set to receive their A-Level grades on Thursday 13 August and GCSE results on 20 August.

However this year’s grades have been marked differently due to school closures caused by the pandemic.

The criticisms come after pupils in Scotland received their grades on Tuesday 4 August, with thousands of students finding their grades had been reduced by the new moderation process.

The pass rate of Higher exam students in the poorest areas had been reduced by more than double that of the richest areas, raising concerns that the new process will ‘exacerbate existing inequalities’.

How are exams being marked differently this year?

Exams were cancelled back in March, and in their place students were told they will be marked based on previous classwork, homework, coursework, and mock exams.

Ofqual, the exam regulator, will also use a statistically standardised grade boundary to either mark up or mark down the teachers’ submitted grades, based on the other teacher submissions from across the country, as well as schools’ grades from previous years.

This decision came as a blow to students who were relying on their final exams to influence their grades, rather than classwork not originally completed for assessment.

On what grounds can a student appeal their grades?

Students who wish to appeal grades they believe do not accurately represent their abilities, will be further disheartened by the new process, as Ofqual has revealed it wont allow appeals on technical grounds.

Currently in England, pupils are only allowed to appeal against results if they believe the moderation process has not been followed correctly and have ‘evidence of bias or discrimination’.

‘A life sentence with no right to appeal’

Headteachers are now pressuring Ofqual to amend its grading system and appeals process over fears it could unfairly affect students for life.

Speaking to The Daily Telegraph, Former High Master of St Paul’s Boys’ School, Dr Martin Stephen, likened the process to ‘imposing a life sentence, [on the students] with no right of appeal’.

Additionally the general secretary of the Headmasters’ and Headmistresses’ Conference, Ian Power, has said the injustice faced by this year’s students could even result in the exam boards facing legal battles, if the appeal rules remain unchanged.

‘Having the right to appeal a result is natural justice,’ he said, adding that ‘the appeals process this year is even more narrow than normal.

‘Parents will take the action they feel they have to, and if that involves legal action that could happen. That is part of the frustration.’

How has Ofqual responded?

An Ofqual spokesperson said, ‘It is important that students understand their options, including the possibility of an appeal, if they do not receive the grade they expected.

‘Students will be able to appeal, through their school or college, if they believe a mistake has been made or that something has gone wrong in their case.

‘We are committed to helping students, and their families, understand the options available to them and will be publishing information on how appeals will operate this summer.’

Here’s when Will Ferrell’s Eurovision Song Contest: The Story of Fire Saga is released on Netflix

Instagram fans rate the most tranquil places in the world