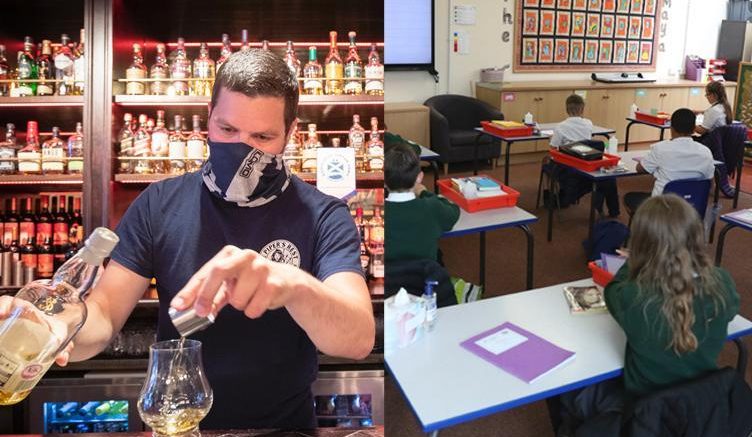 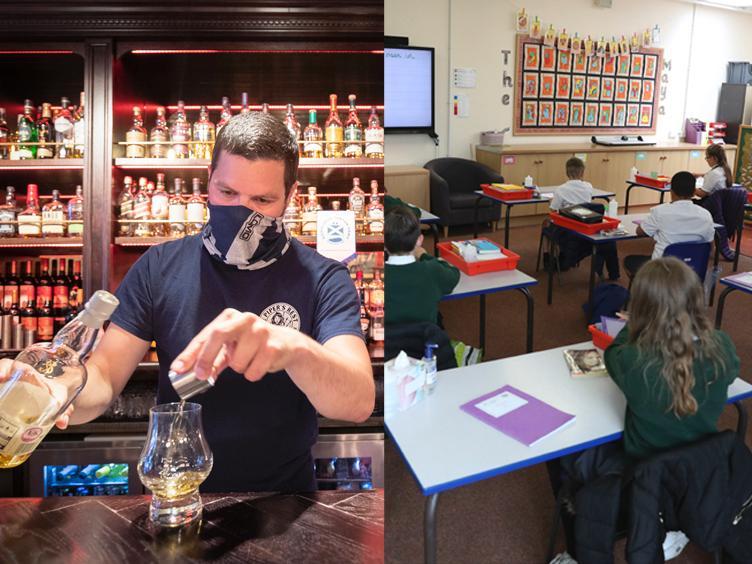 Professor Graham Medley, a member of the Scientific Advisory Group for Emergencies (Sage), said ministers might have to consider closing pubs in England in order for lessons to start again next month.

Boris Johnson has previously pledged that both primary and secondary schools will return in September “with full attendance”.

But, following chief medical officer Professor Chris Whitty’s prediction that the country was “near the limit” for opening up society following the coronavirus lockdown, Prof Medley said a “trade off” might have to be made to ensure full-time education could resume.

Pubs could have to shut in order for schools to reopen

The warning came as the Prime Minister announced a slow down of the lockdown easing, with planned relaxations for the leisure and beauty sectors delayed after a rise in Covid-19 cases was recorded.

When asked whether pubs could have to shut for schools to reopen, Prof Medley, chairman of the Sage sub-group on pandemic modelling, told BBC Radio 4’s Today programme: “I think that’s quite possible.

“I think we’re in a situation whereby most people think that opening schools is a priority for the health and wellbeing of children and that when we do that we are going to reconnect lots of households.

“It might come down to a question of which do you trade off against each other and then that’s a matter of prioritising, do we think pubs are more important than schools?”

Labour shadow health secretary Jonathan Ashworth told Sky News it should be a “national priority to get our children back into school” and that the country had to do “all we can” to suppress the virus over August.

Meanwhile, businesses expecting to reopen in England have been told to keep their shutters down by the Government, despite the furlough scheme preventing job losses starting to wind down on Saturday.

Bowling alleys and other leisure venues were scheduled to welcome customers on Saturday for the first time since the March lockdown was brought in, while small wedding receptions and indoor performances were set to resume.

Close-contact services in beauty salons, such as facials and make-up application, were also due to recommence but the Prime Minister delayed the measures for at least a fortnight, just as employers start paying National Insurance and pension contributions for furloughed staff, before having to contribute to their salaries next month.

Labour has warned that bosses have been left with the “stark choice” of laying off staff or pay a “hefty financial burden” of keeping them in employment unless the Government adopts a more flexible approach.

Mr Johnson told a Downing Street press conference on Friday he needed to “squeeze the brake pedal” on easing restrictions amid signs Covid-19’s prevalence in the community was rising for the first time since May.

Prof Medley, a London School of Hygiene and Tropical Medicine academic, said the increase in positive diagnoses was mainly among young people.

“The age distribution of infections has changed, it has moved down into younger age groups and so it is likely we won’t see that increase in hospital admissions related to infection in the same way we did in March,” he told the BBC.

“But the big fear is the virus just gets out of control and we end up in a situation where there is so much virus that it inevitably spills out into all sections of the population.”

The news came after local lockdown measures were announced this week for parts of the north-west of England and areas of west Yorkshire, banning people from different households meeting indoors or in gardens following a spike in virus cases.

The new rules also banned members of two different households from mixing in pubs, restaurants and other hospitality venues, but these businesses will remain open for those visiting individually or from the same household.

Experts have warned that the Office for National Statistics’ report of an increase in the number of people testing positive for coronavirus in England, with more than 4,000 new cases thought to be occurring daily last week, meant more local lockdowns, including travel restrictions, could be reimposed.

Sage attendee Professor John Edmunds said there were “worrying signs that require action to be taken to reverse the trend”.

Dr Konstantin Blyuss, a reader in mathematics at the University of Sussex, said: “Since this infection is mostly spread through direct human contact, it looks unavoidable that, at least locally in the regions exhibiting highest growth in cases, some of the lockdown measures, and potentially some additional restrictions on travel between regions may have to be reintroduced.”

Beauticians, tattooists, spas and tanning salons given date for reopening

Over 1,000 jobs at risk as Pizza Express announces closure of 73 restaurants