Fans of the show’s fictional crime family – the Shelbys – were given a sneak peak of the highly anticipated final series, as crews gathered in Le Mans Crescent, behind Bolton Town Hall today (March 31).

Eyes were peeled for sightings of star Cillian Murphy, who was reportedly spotted on set yesterday, for the third day of filming.

To avoid any potential spoilers for its final series – and to keep things safe for cast and crew – the Peaky Blinders production team has asked fans to stay away until it wraps up filming.

Creator and writer, Steven Knight, said: “Peaky is back and with a bang. After the enforced production delay due to the Covid pandemic, we find the family in extreme jeopardy and the stakes have never been higher.

“We believe this will be the best series of all and are sure that our amazing fans will love it. While the TV series will be coming to an end, the story will continue in another form.” 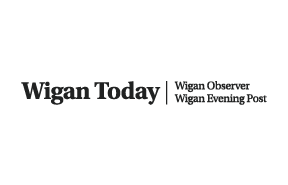 Rag’n’Bone Man, Rudimental and Lancaster’s The Lovely Eggs among headliners as H…

Peaky Blinders is one of the BBC’s most successful dramas and has become cult viewing since it began in 2013.

Fans of the show were given a sneak peak of the highly anticipated final series as crews gathered in Le Mans Crescent. (Photo by Suzy Zuzu Szabova)

The series follows Tommy Shelby and his notorious family’s rise to prominence and power, against the backdrop of working class, post-First World War Birmingham.

“Thank you to all the Peaky fans who have been so unwaveringly supportive and patient. Steve’s scripts are incredible and mark the end of an epic story that has entranced audiences since it first started in 2013, but the world of Peaky Blinders will most definitely live on,” Executive Producer Caryn Mandabach said .

“Along with our wonderful, supportive, partners at BBC and Netflix, we have been working diligently to ensure we can get Peaky safely back into production; the safety of our cast and crew is always our priority.”

Tommy Bulfin, Executive Producer for the BBC, added: “We are very excited that filming for Peaky Blinders has begun and so grateful to everyone for all their hard work to make it happen.

Peaky Blinders is one of the BBC’s most successful dramas. (Photo by Suzy Zuzu Szabova)

“Steve’s scripts for series six are truly remarkable and provide a fitting send-off which we are sure will delight fans.”

It is thanks to our loyal readers that we can continue to provide the trusted news, analysis and insight that matters to you. For unlimited access to our unrivalled local reporting, you can take out a subscription here and help support the work of our dedicated team of reporters.

The series follows Tommy Shelby and his notorious family’s rise to prominence and power. (Photo by Suzy Zuzu Szabova)