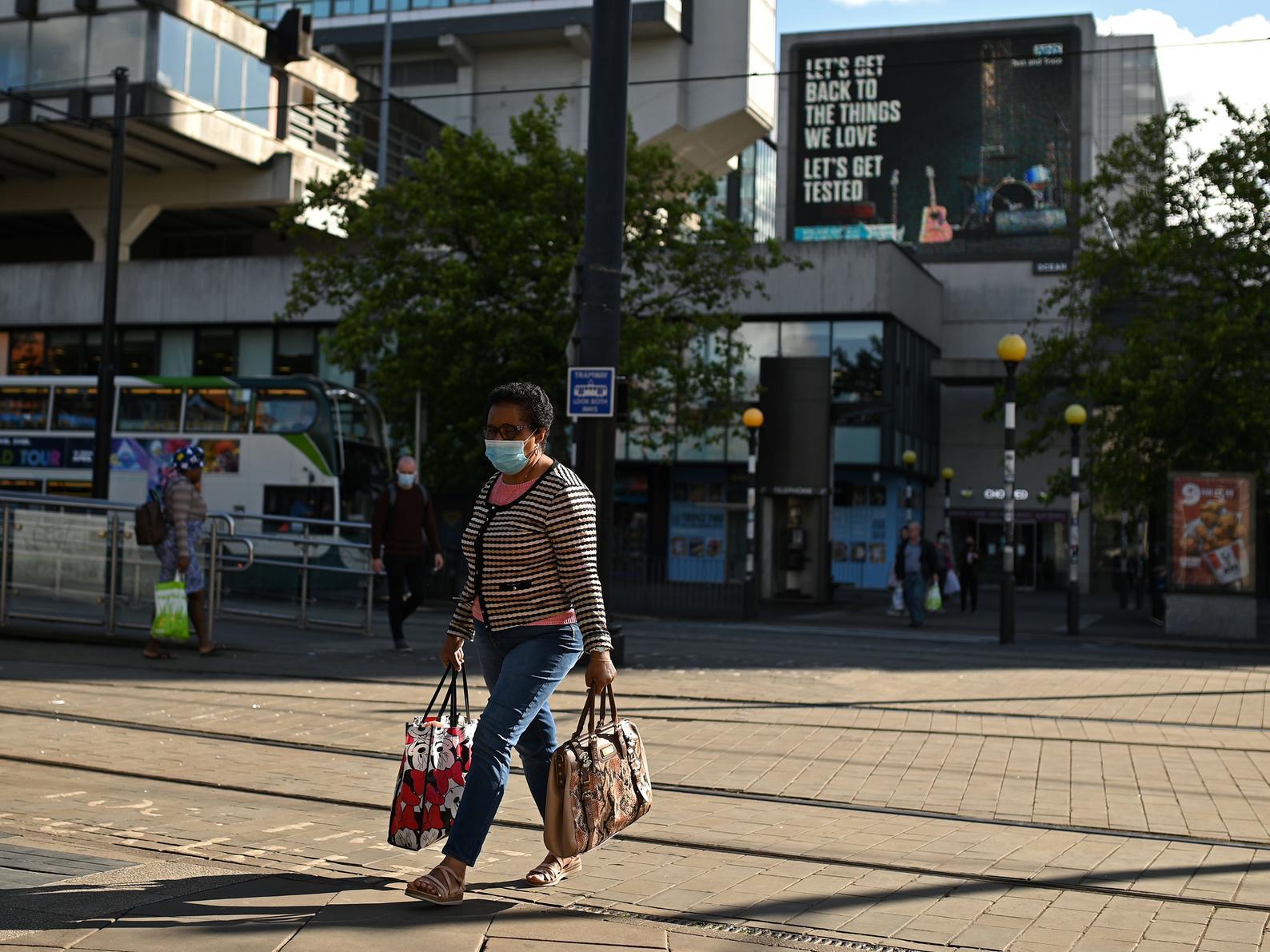 Ministers said the rules, placing bans on people from different households meeting following a spike in coronavirus cases, were effective from midnight on Friday.

When the changes were announced, officials said new regulations were needed to make them legally enforceable.

Guidance published on Friday stated that it would be against the law for people from different households to meet in a private home or garden – unless they are part of a support bubble – and warned of £100 fines for those who flout the rules.

A woman wearing a face mask or covering due to the COVID-19 pandemic, walks near a sign urging people to ‘get tested’ to see if they have coronavirus, in Manchester (Photo by OLI SCARFF/AFP via Getty Images)

Officials said the laws were due to be signed off and published later that night.

But on Monday afternoon the Department of Health and Social Care confirmed it was yet to implement laws bringing the rules into force.

It said it was trying to make the changes legally enforceable as soon as possible but insisted the rules still applied from July 31.

When asked by the PA news agency why there was a delay and on what legal basis the rules were currently being enforced, the department refused to comment.

It was also unable to confirm a time frame for the legislation to be signed off and implemented other than to say it was expected to take place early this week.

Police leaders have been issuing guidance to forces on how to enforce restrictions each time a new coronavirus law has been introduced during the pandemic, so officers know the powers available and in what circumstances they can impose fines in a bid to ensure any action taken is fair and proportionate.

But on this occasion, so far this has been unable to happen due to the delay in publishing the laws, it is understood.

They also apply to Blackburn with Darwen, Burnley, Hyndburn, Pendle and Rossendale in Lancashire, and Bradford, Calderdale and Kirklees in West Yorkshire.

Health Secretary Matt Hancock announced the decision in a series of tweets on Thursday after there had been an increasing rate of transmission in parts of Northern England.

The Government faced criticism for unveiling the new restrictions late at night and just hours before they came into force, with some saying this prompted confusion in the communities affected.

While supportive of the measures, Greater Manchester mayor Andy Burnham told the BBC on Friday he had concerns about the way they were announced and said the lack of immediate detail was “disorientating” for the public.