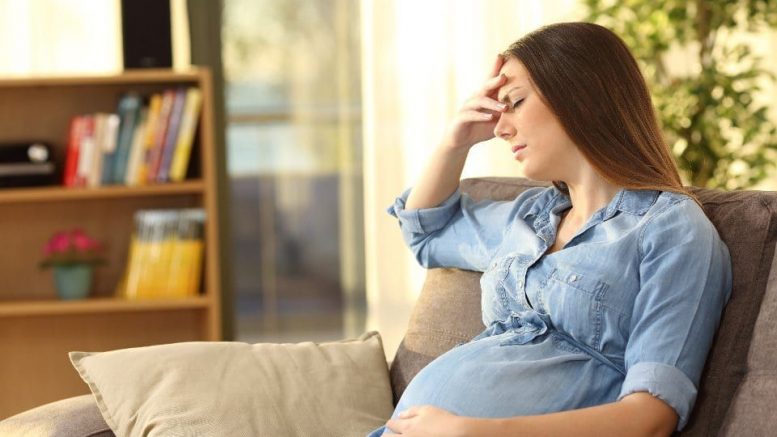 Women who have high blood pressure during pregnancy could experience “more bothersome” menopausal symptoms later in life, according to a new study.

The research (published in the journal Menopause on 19 August) revealed that there appears to be an association between women who have a history of hypertension during pregnancy and more intense menopause symptoms in later life.

Dr Stephanie Faubion, director of the Mayo Clinic Center for Women’s Health and medical director for the North American Menopause Society, explained that hypertension during pregnancy and severe menopausal symptoms are both factors that place women at a higher risk of cardiovascular disease.

Am I at risk of cardiovascular disease?

It is important to note that a link does not mean one causes the other. Therefore, if you have had hypertension during pregnancy and severe menopausal symptoms, this does not necessarily mean you will suffer from cardiovascular disease.

Faubion, who worked on the study, explained, “The hypertensive disorder of pregnancy didn’t cause a woman to have more hot flashes, and the hot flashes aren’t going to cause heart disease.

“But they both appear to be markers of heart disease, and I think we just picked up the fact that they’re linked together and that women who have one are more likely to have another.”

What did the study involve?

The study took place at the Mayo Clinic women’s health campuses in Rochester, Minnesota, and Scottsdale, Arizona, between 2015 and 2019.

Researchers looked at data from 2,684 women’s medical records and history of pregnancy and menopausal symptoms as part of the study. The women in question were aged between 40 and 65 and had reported they were close to menopause or postmenopausal during consultations.

However, the majority of the women taking part in the study were white. Therefore, further research is required to determine whether similar results would occur with a more ethnically diverse group of women.

What did the study find?

The study’s data revealed that more than 23 per cent of women who had a history of hypertension during pregnancy reported having severe or very severe hot flashes during menopause.

This compares to the nearly 20 per cent of women who had been pregnant in the past, but did not have any history of hypertension during their pregnancy, who also reported these symptoms.

Meanwhile, just 18.7 per cent of women who had never been pregnant reported having severe or very severe hot flashes.

Faubion explained that the results could help women take their symptoms more seriously to prevent further health issues later on.

“Women who are having a rough time during menopause with lots of hot flashes need to say, ‘You know what — could this be a little more than just a nuisance?’” She said.

“Hot flashes last a mean duration of seven to nine years and for a third of women last a decade or more, and we also are learning that they’re not so benign, that they are associated with some risk.”

Frank Turner performed to 200 people in a 1,250 capacity venue – here’s what gigs could look like when live music returns

Where to find best value staycations and weekend get-aways