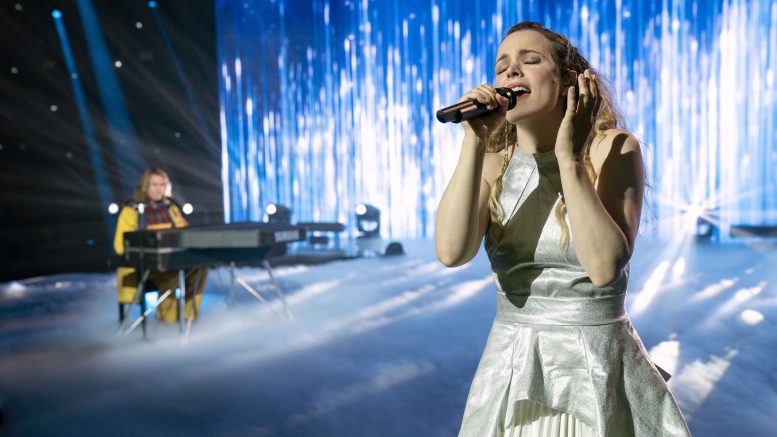 A new Netflix film starring Will Ferrell and Rachel McAdams tells the story of a pair of aspiring musicians hoping to gain international noteriety at the Eurovision Song Contest.

Eurovision Song Contest: The Story of Fire Saga comes to Netflix this week.

Here’s everything you need to know about it:

What happens in Eurovision Song Contest: The Story of Fire Saga?

In Netflix’s new film, Ferrell and McAdams play a pair of Icelandic musicians pursuing their ambitions of representing their country in the competition, which was held in Edinburgh in 1972.

Publicity material for the film states: “When aspiring musicians Lars and Sigrit are given the opportunity of a lifetime to represent their country at the world’s biggest song competition, they finally have a chance to prove that any dream worth having is a dream worth fighting for.”

The trailer opens with Sigrit explaining that the duo, who perform as the band Fire Saga, have dreamed about competing in the Eurovision Song Contest since they were children.

At one point Lars says: “We have to prove to Iceland and my extremely handsome father that my life hasn’t been a waste.”

Who else stars in it?

Fans of the voice of Eurovision will be glad to hear Graham Norton also appears in the film as himself.

Who wrote and directed it?

Ferrell, who is best known for his starring role in Anchorman, co-wrote the script for the Netlix movie, Eurovision Song Contest: The Story of Fire Saga.

In May 2018, Ferrell attended the final of the Eurovision Song Contest 2018 in Lisbon to research possible characters and scenarios for the film, speaking backstage with contestants.

The Story of Fire Saga is directed by David Dobkin, an American director, producer and screenwriter best known for comedy films like Shanghai Knights and Wedding Crashers.

Where was it filmed?

The high-profile, star-studded film was shot on location right here in Scotland.

The Netflix production arrived in Edinburgh last autumn shortly after filming had wrapped on scenes for the ninth instalment of the Fast & Furious franchise.

Scenes were shot in Edinburgh at Calton Hill, Arthur’s Seat, Victoria Street, the Grassmarket, the New Town, the Royal Mile and Newhaven Harbour.

Glasgow Airport and the Hydro, the city’s biggest indoor music venue, were among its locations to be deployed for the film, which will was also partly shot on location at last year’s real-life contest, staged in Tel Aviv, in Israel.

When can I watch it?

The film was initially scheduled for a May 2020 release to coincide with the Eurovision Song Contest 2020, however the release was delayed due to the Covid-19 pandemic.

Instead, the film is set to be released on Netflix on Friday 26 June.