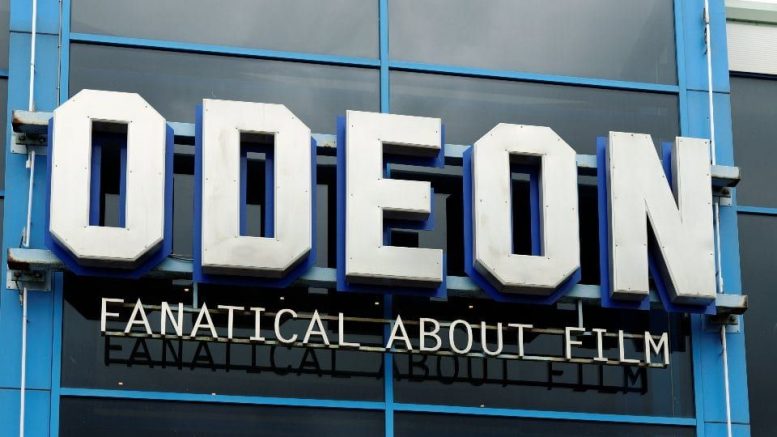 The government website clarifies that cinemas, along with other leisure businesses can only reopen, “if they can do so safely”. (Credit: Shutterstock)

After months of streaming movies at home, film buffs will be eager to return to the big screen experience as cinemas reopen in England on 4 July.

However, the government website clarifies that cinemas, along with other leisure businesses can only reopen, “if they can do so safely”.

So how will the cinema experience be different post lockdown, in order to ensure the safety of customers and staff?

Here’s how the most popular cinema chains plan to handle the situation.

Odeon has announced that it will reopen its doors from 4 July.

On its website, Odeon has stated, “We’ve made lots of changes to bring you a safer cinema experience. From social distancing in our auditoriums and foyers to more frequent and more thorough cleaning routines, we’ve made sure the thrill of the big screen is as safe as possible for you and our teams.”

Some of the ways the chain will ensure safer viewings for everyone involved are through “limiting the number of seats for sale for each film” as well as “guaranteeing unoccupied seats between parties to meet social distancing requirements.”

Cash will no longer be accepted at tills, however the contactless payment limit has been increased.

The cinema chain has announced that it will begin more frequent and more thorough cleaning routines, particularly in all toilet facilities.

Meanwhile “colleagues will be equipped with personal protective equipment – including face coverings and gloves” to help prevent the spread of the virus.

Upon reopening, customers can enjoy popular blockbusters such as Little Women, The Empire Strikes Back and 1917 at Odeon cinemas.

Vue will reopen its doors slightly later, from 10 July.

CEO of Vue, Tim Richards explained that the cinema’s experience from working through the Sars outbreak in Taiwan in 2002 has helped keep the company prepared in the face of coronavirus.

“By the time we reopen in the UK our methods will have been responsibly and robustly deployed in the real world,” he said.

“We have learned how to do this from our operations in Taiwan where we never closed and have successfully operated through pandemics such as SARS in the past; and from our sites in Germany, Denmark, Netherlands, Poland and Lithuania where we have recently and successfully reopened to the public.”

Like Odeon, some of the measures being introduced will also include “staggering film times to maintain social distancing and operate responsibly”.

The chain’s online system will also help to keep family groups together and apart from different households.

Everyman cinemas will open on 4 July for cinemas in Chelmsford, Gerrards Cross, Esher, Horsham, Barnet and Hampstead, before opening an additional five venues from 10 July. A statement on its website clarifies that the remaining venues will open “soon after”.

To avoid unnecessary queuing and provide plenty of room between guests, the chain plans to introduce new service measures, while continuing to bring food and drink orders to customer’s seats.

They will also partake in staggered screening times to ensure the spaces outside the theatre rooms remain as clear as possible.

The cinema chain will only accept bookings for alternate sofas to adhere to the one metre social distancing rule.

On its website, Everyman urges customers to “please do keep on washing those hands” while announcing that there will be “sanitiser available in each of our bar and lounge areas”.

Some of the films to be shown upon Everyman cinemas’ reopening include Labyrinth, Joker and Parasite.

Cineworld will also start reopening its cinemas from 10 July.

Much like the other chains, it announced that safety measures to be implemented will include contactless payments, along with further staff training and PPE, staggered film start times, social distancing, and more.

Cineworld has recently updated its booking system to allow families to book seats together and remain separated from other households, while screening times will be planned to allow for additional cleaning time between films.

Films to look forward to at Cineworld theatres include the new James Bond film, No Time To Die, A Quiet Place Part II, as well as Mulan and Tenet.

A range of Showcase theatres will reopen in England from 4 July, with extra safety measures in place including, offering wipes and sanitisers to customers along with PPE for staff.

Showcase is also using staggered start times and reducing the overall capacity of its individual screening while customers will be asked to wear masks.

The chain will be disinfecting seats with an antiviral fogging machine. Additionally, it plans to put up perspex shields at tills.

The chain will be screening classics such as Back to the Future and Batman Begins.

Lockdown reader survey: what are your views on businesses reopening?