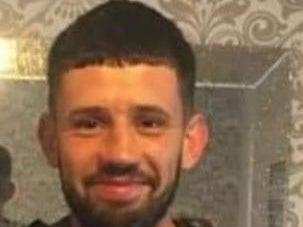 His tragic death shook the community, but a Wigan dad’s family are determined that it will not be in vain.

Michael Greenall, known as Mikey to his family and friends, was found in the Leeds-Liverpool canal on September 25.

The 27-year-old had not been seen since a week earlier, on the evening of September 18.

Police officers launched a major search for him, which was supported by members of the community, but sadly Michael’s body was found on September 25. There are no suspicious circumstances surrounding his death, police said.

He was the second young to have died in the same stretch of water in less than a month, and he is survived by his partner Alex and two children, Ruby and Mikey.

Michael’s younger brother Kieran said his death “shook the community”, but that everyone had rallied around his family to help out in the days following the tragedy.

Fund-raisers have been launched to support his children and partner through their bereavement, and thousands have signed a petition calling for greater safety measures near Wigan’s canals, to prevent further avoidable deaths.

Mikey’s family get ready for the bike ride

Paying tribute to his older brother, Kieran described Michael as a “very hard worker” who was incredibly popular among his friends and the Scholes community.

“He was an all-round brilliant person. Everyone loved him,” said 22-year-old Kieran.

“He was a fun and outgoing person, and was always out walking his dog. His death has shaken the community, everything came to a standstill. But the community is massive, and everyone has come together to help raise money.

“Even when he was missing, random members of the Scholes estate were out conducting searches. They went above and beyond.”

In the wake of his death, Michael’s family and friends have paid tribute to him in various ways, most notably a charity bike ride. Donning t-shirts bearing his face, the group set off balloons at the canal side where Michael was found, before riding to Southport promenade.

A fund-raiser has also amassed £4,900 in donations, while a petition calling for safety measures on canals, such as better lighting and railings, has nearly 2,000 signatures.

On the change.org page, family friend Lorraine Thomas wrote: “So many people take a short cut home from Wigan town centre using the Leeds to Liverpool Canal using many access points and also from other areas that are a close walk to the canal sides.

“They are unlit and extremely dangerous to any person who has been enjoying a night out as these people risk walking along side unlit slippery deep sides and can easily fall into the canal after a night out and are unable to get out.”

Michael died just weeks after the tragedy of Matthew Dutton, a 22-year-old who died in near-identical circumstances. He too was discovered in the canal in late August, having last been seen days earlier, and was discovered just yards away from where Michael was found, according to Kieran.

The Wigan Observer is more reliant than ever on you taking out a digital subscription to support our journalism. For unlimited access to Wigan news and information online, you can subscribe here: www.wigantoday.net/subscriptions

The Wigan postcodes with the most dangerous drivers