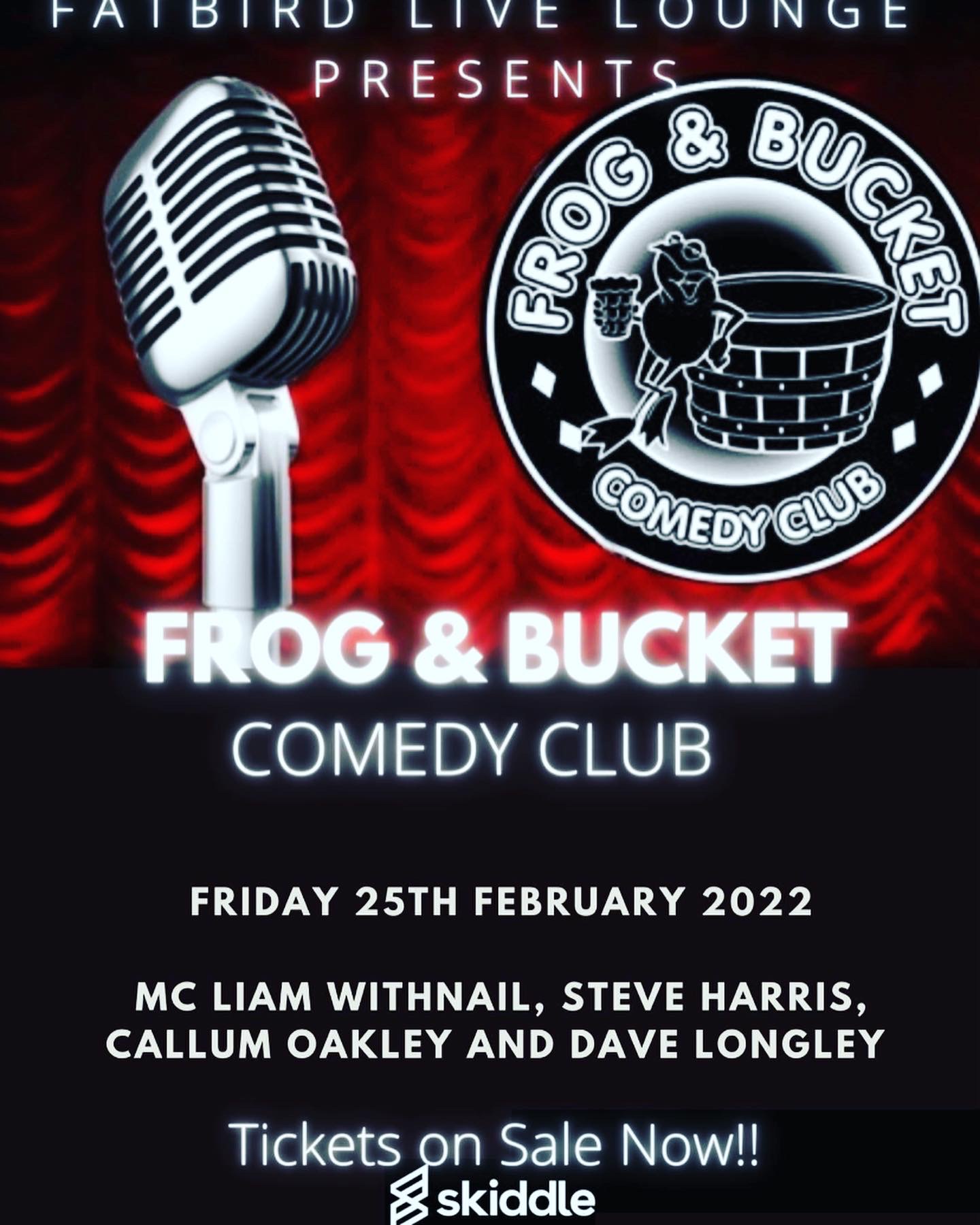 Wigans smallest venues brings you the biggest night of Comedy, with 4 comedians from the National and International comedy circuits, Whether you’re a couple or a group, Fat Bird Comedy Night is a great to start the weekend.

Fat Bird Lounge Comedy night is organised by the Frog and Bucket.

MC Liam Withnail: Liam Withnail already has an impressive arsenal of awards and praise on the UK and International comedy Circuits.

Liam is able to effortlessly smash an atmosphere into any room, which has deservedly earned him the currant title of the Best MC at the Scottish Comedy Awards.

Steve Harris: Steve Harris Now an established circuit act,  Steve Harris started comedy in 1998, when he was named North West comedian of the year as well as making the finals of both the BBC New Comedy Awards and So You Think You’re Funny.

Callum Oakley:  Liverpool born and with an Indian heritage, Callum started on the comedy scene at the tender age of 14 after attending a comedy course ran by fellow scouse comedian Sam Avery. Two years later Callum was thrust into the spotlight when at the age of 16 he made it to the live semi finals of Britain’s Got Talent. His charming and likeable stage presence mixed with his clever material covering everything from race, relationships, travel and have the burden of mates who are idiots means Callum is a safe bet for any room and audience.

Dave Longley:  Dave Longley’s towering stage presence and intensity, combined with his cutting wit have made him one of the most popular and controversial circuit comics in the UK, whether it’s doling out thought-provoking insights or revelling in toilet humour, Longley is a gifted wordsmith with great audience interaction skills.