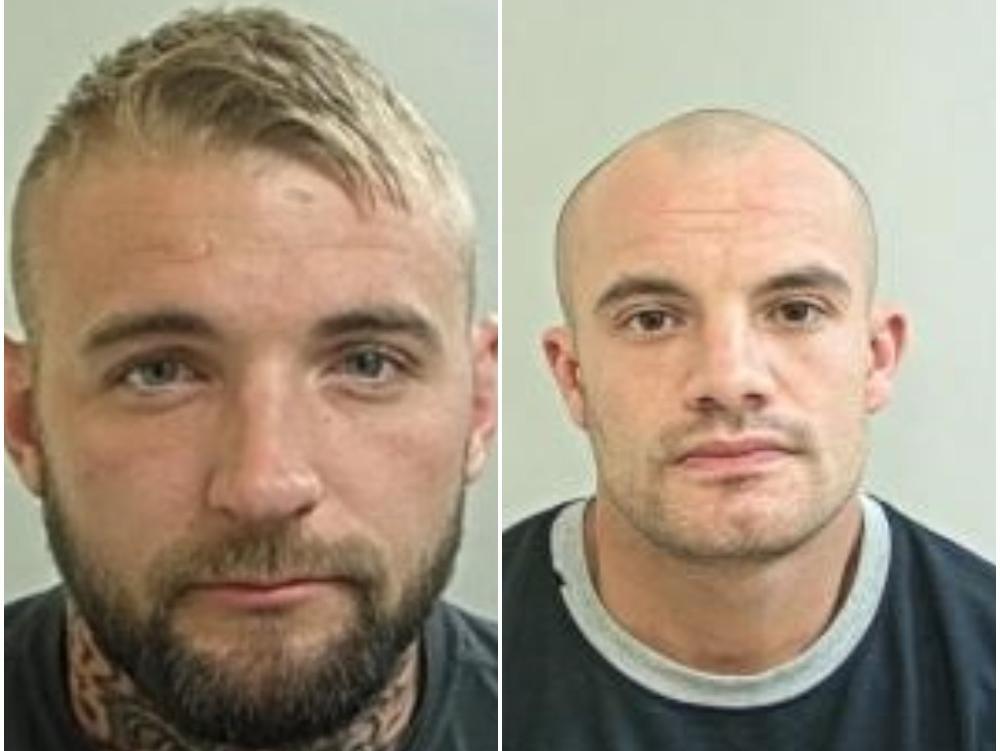 The pair were sought by police in connection with several offences committed in Skelmersdale in recent months.

Moores, of Elmstead in Skelmersdale, has been charged with possession of an imitation firearm with intent to cause fear of violence.

He was remanded to appear at Preston Magistrates’ Court on Saturday, August 1.

Richard Bennett and Adam Moores have been charged by police

He is due to appear at Preston Magistrates’ Court tomorrow on Monday, August 3.

Police have been investigating an attack on a man in his 50s in the Ennerdale area of Skelmersdale on July 26.

A day later two men were seen in possession of weapons in the Alderley and Abbeywood areas of Skelmersdale.

The charges against Bennett also relate to an incident in Feltons in Skelmersdale on February 28 where a woman was assaulted, threats to life were made and a firearm was discharged.